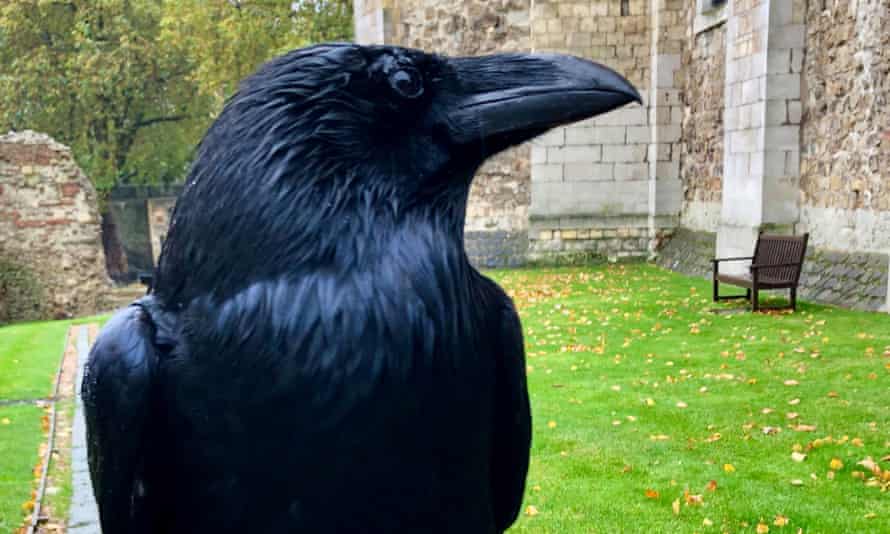 One of the ravens at the Tower of London is feared to have died, in a potentially gloomy omen for Britain. It means that the tower is close to having fewer than six ravens, a level that would spell doom for the kingdom, according to legend.

Ravenmaster Christopher Skaife confirmed that one of the birds, Merlina, known as the queen of the tower’s unkindness of ravens, is presumed dead after being missing for weeks.

Speaking on BBC Radio 4’s Today programme, Skaife said: “Merlina is a free-spirited raven and has been known to leave the tower precincts on many occasion. I’m her buddy and she normally comes back to us, but this time she didn’t. So, I do fear that she is not with us any more.” He added: “Just before Christmas, before we went into the lockdown, we were putting the ravens to bed, and she didn’t come back.”

If confirmed, Merlina’s death would bring the number of ravens at the tower to just seven. According to legend if two more were to die the tower and the kingdom would fall.

But Skaife said that if Merlina did not return, the tower did have a reserve raven to ensure that at least six remained.

He said: “We do have seven ravens here at the Tower of London, six by royal decree. And of course I still have a spare one, so we’re OK at the moment.”

Director of Manchester School of Samba at http://www.sambaman.org.uk
View all posts by agogo22 →
This entry was posted in Nature and tagged Culture, England, Life, nature. Bookmark the permalink.