Behind the scenes of the new Yaris TV advert – Toyota UK 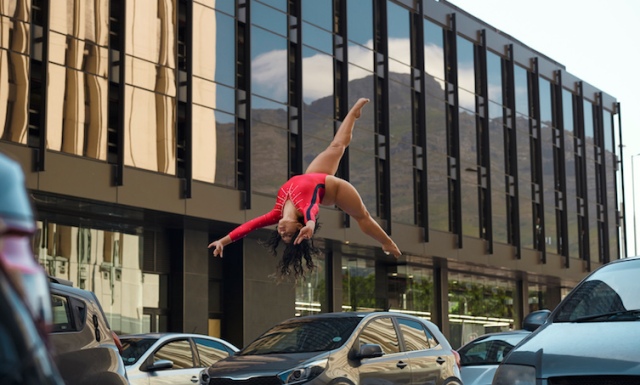 Who is the star of the new Yaris TV advert? Where was it filmed? What is it about? What is the soundtrack? Key questions answered.

The latest advert for the all-new Yaris Hybrid was broadcast for the first time on television on the evening of Saturday 5 September. Starring our new supermini resplendent in its Tokyo Fusion Bi-tone colour scheme, the new Yaris TV advert also includes a spectacular performance from gymnast Katelyn Ohashi, somersaulting along a city street through the traffic.

We asked Jonny Ratcliffe, Account Director at The&Partnership, Toyota’s creative agency, to explain the background to the advert and how the production crew shut down a busy Cape Town street to conduct the filming.

Who is the star of the new Yaris TV advert and why is she famous?

Jonny Ratcliffe: “Katelyn Ohashi takes the lead role. Katelyn is a world-renowned gymnast, specialising in floor routines. Once an Olympic hopeful, Katelyn became the victim of injuries and body shaming in her teens. Not wanting to give up on her love for the sport, her relentless drive and enthusiasm saw her joining University of California, Los Angeles (UCLA).

“During the Collegiate Challenge against California, Michigan State and UC Davis in 2019, Katelyn was defending National Collegiate Athletic Association (NCAA) Floor Exercise Champion and broke the Internet when her routine landed a perfect score of 10.0. The video of her performance has since amassed almost 100,000,000 views on YouTube.”

What is the storyline of the new Yaris TV advert?

JR: “In ‘Why Stop?’ we see Katelyn move effortlessly through lines of city traffic; throwing her body from one awe-inspiring tumble into another, finally revealing that she is, in fact, a physical metaphor for the Toyota Yaris. Her energy, focus, and perfectionism are the embodiment of the Yaris’ regenerative hybrid powertrain.” 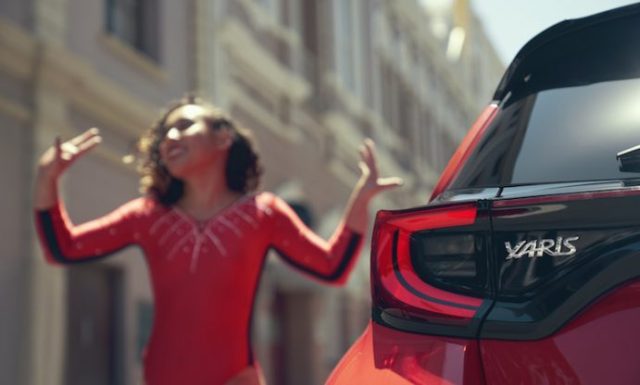 Continue reading: Behind the scenes of the new Yaris TV advert – Toyota UK

Director of Manchester School of Samba at http://www.sambaman.org.uk
View all posts by agogo22 →
This entry was posted in Art and tagged Art, creatives, dance, design, Life. Bookmark the permalink.