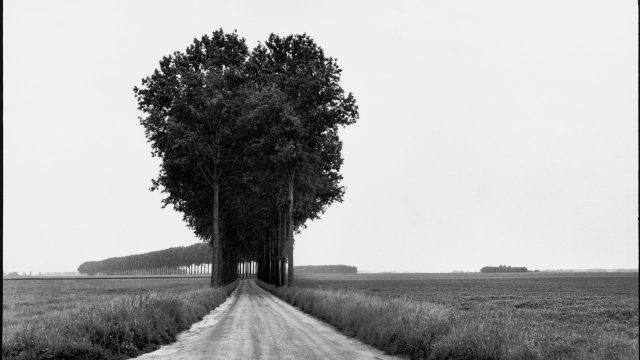 The Marais is a lively district in Paris, filled with busy cafés and bars. But one quiet street called Rue des Archives just became the new home for the heart of modern photography. The Henri Cartier-Bresson Foundation has relocated from the city’s far-flung district of Montparnasse into this central district in the Right Bank. This brand new museum, boasting 2,500 square-feet of exhibition space, opens to the public this week. “It’s a way to bring the art to the people who don’t live in Paris,” says François Hébel, the director of the Henri Cartier-Bresson Foundation. “We wanted to make it in the heart of the city for people come to Paris for a few days and don’t necessarily have the time come to the outer area where we were before.”

Set along what Hébel calls the “museum mile” of Paris, the foundation’s new location is within walking distance of some of the city’s most iconic art museums, from the Picasso Museum to the Louvre and the Pompidou. He refers to its former space as a “shoebox,” which had half the size of this new gallery, a space that has moving walls and high ceilings. “It wasn’t big enough anymore; we had to update our venue,” Hébel says.

Located within a charming 18th-century courtyard, this white box labyrinth is outfitted with aluminum beams and glass walls. Designed by the firm NOVO Architects, which has a flair for simplicity, the building is so minimal, one might mistake it as a homage to the Bauhaus. Built entirely from scratch, its sleek beauty is all in the details—from the polished black concrete floors to its shiny steel walls.

The exterior of the newest museum in Paris, which is dedicated to Henri Cartier-Bresson.
Photo: Cyrille Weiner

Strangely, this building used to be a four-floor parking garage, of all things. “We had to destroy first two floors of the car ramp and rebuild them from the ground up,” says Hébel. “We wanted the building design to be elegant and modest, which was the idea of Cartier-Bresson’s foundation.”[…]

Director of Manchester School of Samba at http://www.sambaman.org.uk
View all posts by agogo22 →
This entry was posted in Architecture and tagged Art, construction, design, photography. Bookmark the permalink.