Recently, Mister Global, a male beauty pageant took place in Thailand. The event was founded in 2014 and since its first edition over 60 countries have sent their representatives to compete for the Mister Global Title. This year, 38 candidates decided to test their strengths in the pageant. The final was held in Bangkok on September 26 with the “Inspiring Gentleman” theme. However, this event is not merely a beauty contest, even though one of the main requirements of contestants is to be ‘good looking’ as the spokesperson of the pageant, Kitti Kamjunsa, told Bored Panda. “The aim of Mister Global is to promote environmental awareness, and we have been promoting this cause ever since we started in 2014. This year, we added a new motto “Inspiring Gentleman” because we believe that the contestants and titleholders should motivate and inspire people. During this year’s pageant, we did a fundraising event to support an organization that takes care of elephants in Thailand and it was successful, ” Kamjunsa said. When asked what makes Mister Global different from other pageants the spokesperson explained: “Basically every pageant system is identical but what makes Mister Global different from the others is that we are part of the Top 5 Grand Slam Male Pageants. We have good quality contestants and great support from our national directors from around the world. We have also garnered much support from our many fans that follow us on our website and official page. Most importantly, we are true on our advocacy on Environmental Awareness and charity cause.”

The pageant was won by Korea‘s Jong Woo Kim, who is a 23-year-old police administration student and model. 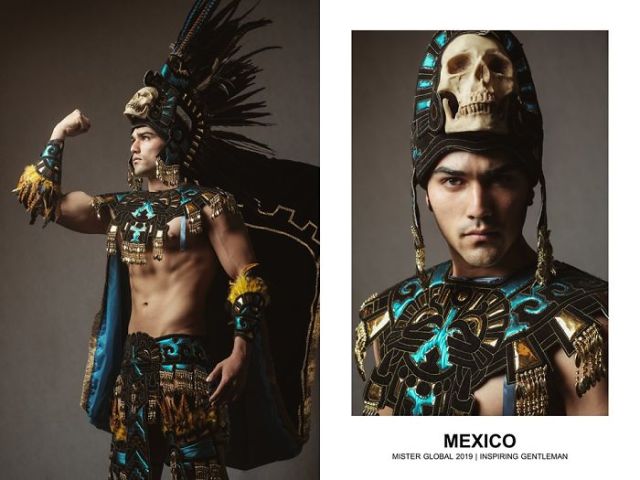 Director of Manchester School of Samba at http://www.sambaman.org.uk
View all posts by agogo22 →
This entry was posted in costume and tagged Art, Culture, design. Bookmark the permalink.