It’s peak persimmon drying season in Japan right now. And for Wakayama prefecture, a major producer of persimmons, that means that roughly 70 farmers throughout the town of Katsuragi transform their farms into what is reminiscent of Christo and Jeanne-Claude’s The Gates, a 2005 art installation of orange curtains hung through New York’s Central Park.

The reason early November is peak persimmon drying season is because dried persimmons (hoshigaki) are a traditional food that plays a central role in kagamimochi, a New Year’s decoration found in households across Japan. Kagamimochi is assembled by placing white mochi at the base. Next, dried skewered persimmons and, on top, a daidaiorange. This structure is said to represent the Imperial Regalia of Japan: the mirror is the mochi, the jewel is the orange and the sword is the skewered persimmons. 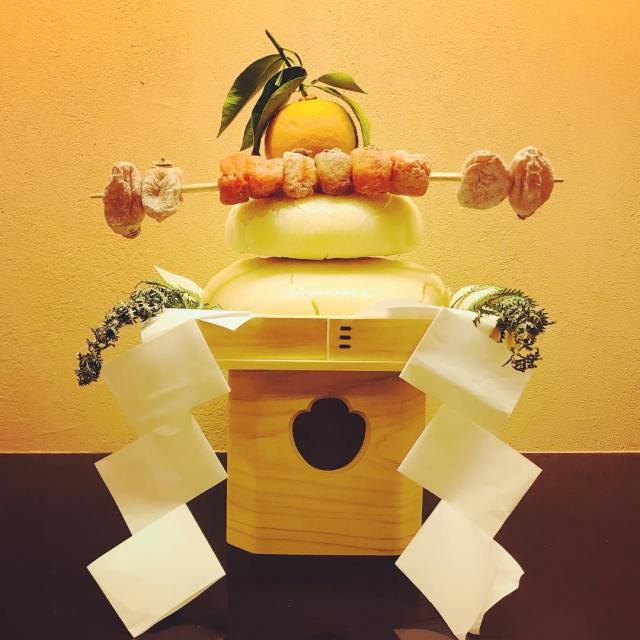 The dried persimmons are arranged on a skewer in a very particular way. A total of 10 of them are skewered with 6 in the middle and 2 on each side. This is important because, as in many cases, the Japanese love wordplay. Two (niko) on each end = smiles (niko niko) on the outside. Six (mutsu) in the middle = harmony (mutsumajiku) on the inside […]

Director of Manchester School of Samba at http://www.sambaman.org.uk
View all posts by agogo22 →
This entry was posted in Japan and tagged Culture, Japan, nature, rhythm. Bookmark the permalink.