New species discovery means iconic animal could be much closer to extinction than we thought! One of the world’s most spectacular frogs has remained under the radar of zoologists for almost 100 years. Sylvia’s Tree Frog, Cruziohyla sylviae sp n.was originally collected in Panama in 1925 but has remained confused with the Splendid Tree Frog, Cruziohyla calcarifer, ever since.[…] 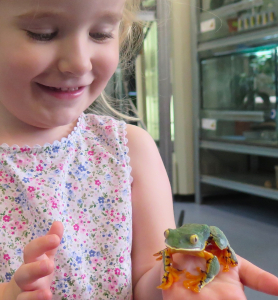 Director of Manchester School of Samba at http://www.sambaman.org.uk
View all posts by agogo22 →
This entry was posted in Nature and tagged Life, Manchester, nature, science. Bookmark the permalink.