Ghibli FIlms You Must Watch // Part 1

Hi! I know I mostly post book reviews but my lord and savior Hayao Miyazaki just announced that he’ll be opening up a theme park based on his Studio Ghibli films! (news link here!) I am fangirling way too hard because I absolutely adore this studio’s work; their movies are freaking beautiful I tell you.

For this post I’ll be using gifs from a tumblr blog I love called ghibli-mania, y’all should give ’em a follow!  ~ヾ(＾∇＾)

Let’s start with my number one favorite! 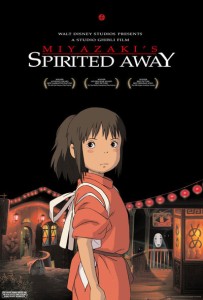 I think I’ve seen this film more than 30 times. No joke.  It’s probably the most well known, aside from Ponyo, but it still holds the biggest place in my heart.  I always see it in English, one day I’ll watch it in Japanese.  I just really love Haku’s voice in English (o˘◡˘o)