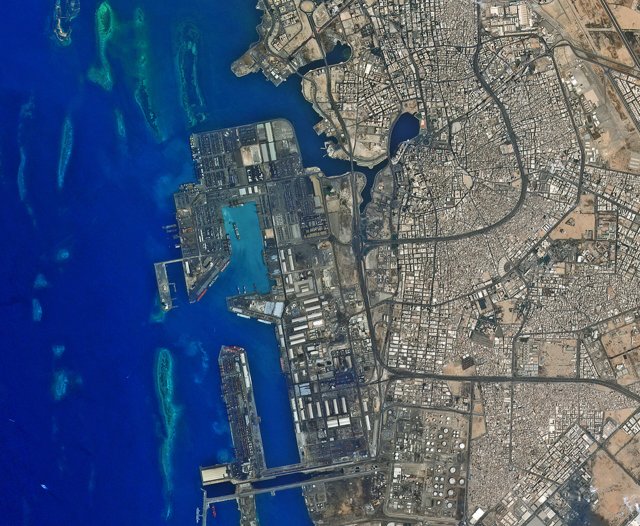 Demand for oil has collapsed due to the coronavirus pandemic just as supply is about to strengthen because of a dispute between Russia and Saudi Arabia. As a result, oil prices have sunk to levels not seen since 2002.

As storage tanks around the world fill up, ESA-backed companies are using satellite data to map the flow of oil across the globe through shipping channels and pipelines in almost real time. The analysis allows producers, traders and governments to support the economy by taking informed decisions about the fuel that powers industry and heats homes.

Crude oil is pumped from underground reservoirs into storage tanks that can be seen from space. These cylindrical tanks have lids that float on top of the oil, to minimise any loss through evaporation and reduce the risk of toxic, flammable gases escaping.

Earth observation satellites circle the planet carrying optical cameras that can spot these tanks and measure their diameters.

Such satellites carry synthetic aperture radar instruments that can detect the rise and fall in the height of the lids. This enables the volume of oil flowing into and out of the facility to be calculated.

Some 65% of the world’s crude oil is traded by sea. Satellites can pick up the signals from automatic identification systems carried aboard large ships carrying oil, which enables people to track them as they load up with oil and transport it from one port to another.

OilX, a digital oil analytics company founded in London in 2018 with ESA support, is using satellite data to map the flow of the world’s oil for customers including traders, government departments and investment banks.

Florian Thaler, chief executive and co-founder of OilX, says: “The oil trader’s edge is no longer boots on the ground but eyes in the sky. We combine oil analytics, satellite technology and machine learning to deliver augmented intelligence to commodity markets. OilX is the world’s first digital oil analyst.”[…]

The Vibe Of Hong Kong

Visual Storyteller, Photographer, Printmaker and Art Director Zhou HanShun is the Edge of Humanity Magazine contributor of this photo essay.  From the book/project ‘Frenetic City’.

To say life moves fast in a city is an understatement.  People go through life in an uncompromising, chaotic pace, overcoming and absorbing anything in their path. Time in the city seem to flow quicker, memories in the city tend to fade away faster. Nothing seems to stand still in a city.

A UN report suggested that by 2050, the world’s population would reach 10 billion, with three-quarters of humanity living in our already swelling cities.[…]

Source: The Vibe Of Hong Kong

Runner and advocate Faith E. Briggs used to run through the streets of Brooklyn every morning. Now, she’s running 150 miles through three U.S. National Monuments that lay in the thick of the controversy around public lands. Accompanied by running companions who represent diverse perspectives in what it means to be a public land owner, she assesses what is at stake if previously protected lands are reduced and if the public is largely unaware. THIS LAND is a story about land access told through a journey of inclusion and empowerment.

From napalm flamethrowers to an analog computer, the ancient world was far more clever and technologically advanced than we think it was. Here are 5 ancient inventions that were way ahead of their time.

Icons Of The World — Shija

For centuries, human civilizations across the world have built and created cities, buildings, monuments, tombs, temples, churches, mosques, and other structures that continue to inspire awe in millions. Narrowing down the world’s wonders to only seven is a difficult task. So I decided to cover all the wonders of our planet in my Series “Icons […]

Icons Of The World — Shija

For starlings, there’s truth to safety in numbers. “In winter, starlings join in flocks of thousands of individuals to try to confuse the hawks that attack them, doing a mesmerizing dance,” said Barcelona-based photographer Xavi Bou, who recently released a video chronicling the birds’ synchronized swooping. In “Murmurations,” a name that refers specifically to the phenomenon, Bou captures the avian movements through a series of gray lines that swell and undulate with each obfuscated turn.

Set to a soothing track by Kristina Dutton, the video is part of the photographer’s larger Ornitographies project, an ongoing endeavor stemming from his childhood walks through nature with his grandfather.[…]

Everyone’s buzzing about Bioni. He’s a British beekeeper and producer making electronic music incorporating the sounds of bees. You can’t really bring bees into a recording studio, of course. They’d swarm the mic. So Bioni records the insects buzzing in their hives using homemade equipment. He extracts samples from the recordings and data, and processes the sounds through his Hive Synthesizer, which uses honey as an organic electrical resistor. People at music festivals all around the world can dance to Bioni’s beats and learn about colony collapse disorder at the same time. Bees have been dying at an alarming rate, and we need to save these pollinators if agriculture is to survive.

How does lightning form? Does it strike up or down? Over the decades I’ve seen lightning do some freaky stuff. In this visually stunning video we’re going to explore and explain the weird world of lightning.

Listen to children from different backgrounds share their unique experiences of the autistic spectrum in their own words.

We started this project back in 2017 by asking parents of autistic children to interview their kids and share their answers with us. The questions and parents’ guide were put together with the help of the lovely people at ADD-vance Trust in Hertfordshire. We had hoped to create a whole series with the interviews, but unfortunately our Kickstarter campaign didn’t reach its goal, so we decided to do a single animation instead. It was hard (and kind of painful) to have to condense hours of precious insights into just 5 short minutes.

A big shout out to everyone who donated on our GoFundMe campaign – we really appreciate your support! Thanks to you we got some lovely original music, a world-class producer and a super-talented editor on board to make this animation even more special. 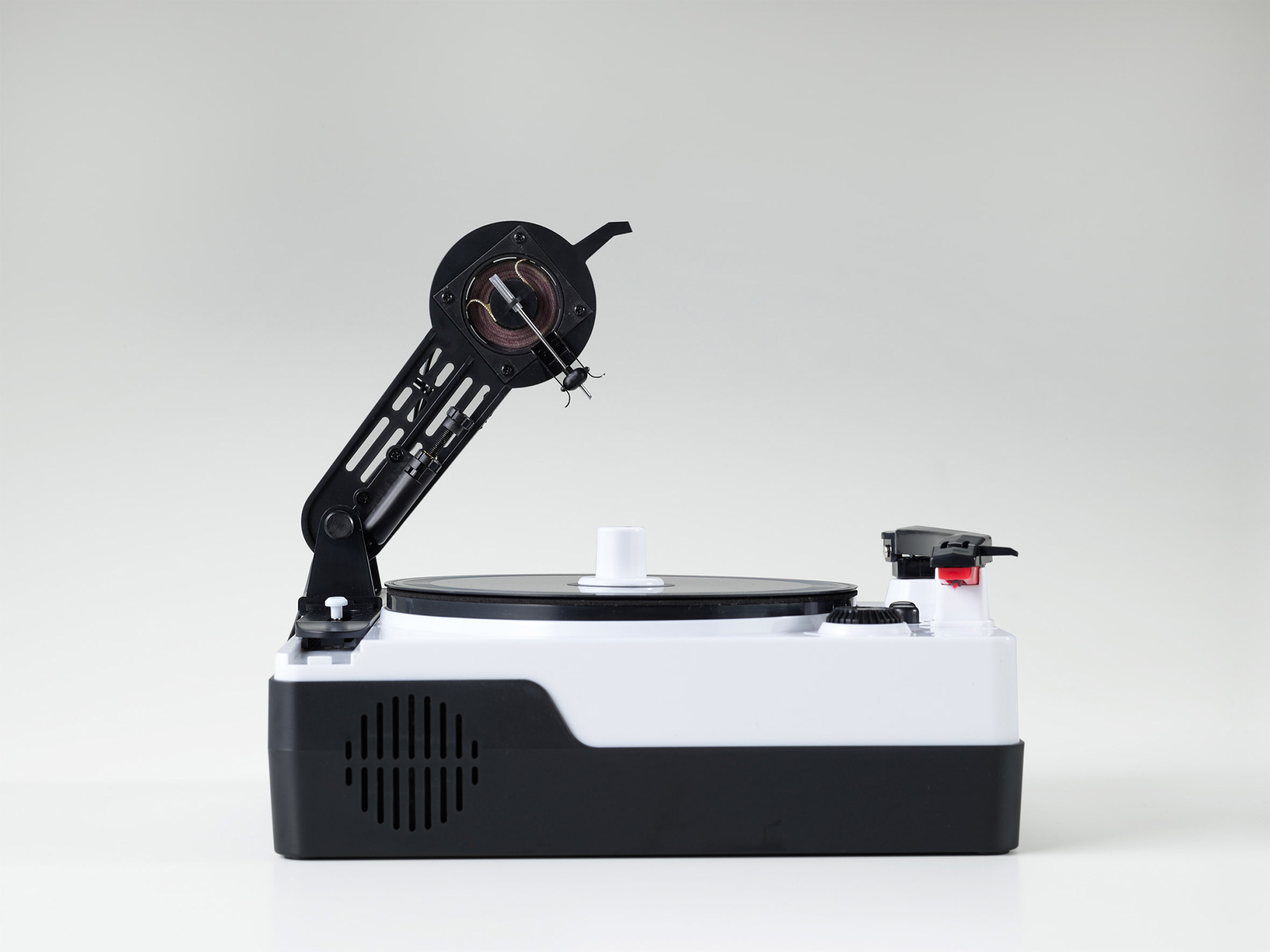 Making mixtapes and burning CDs might be a forgotten pastime, but the days of simple, homemade vinyl are just arriving thanks to Yuri Suzuki. The London-based designer, who is also a partner at Pentagram, has created the Easy Record Maker, a small device that makes audio recording straightforward and accessible to the general public.

By plugging in an auxiliary cable or USB and playing audio through a phone or other digital device, the cutting arm receives the sound vibrations and engraves the blank plastic three to four times within a single millimeter. Each side of the 5-inch record takes about four minutes to complete. When ready to play, the machine’s cutting piece should be swapped for the tone arm, which is large enough to accommodate traditional 7-inch EPs. 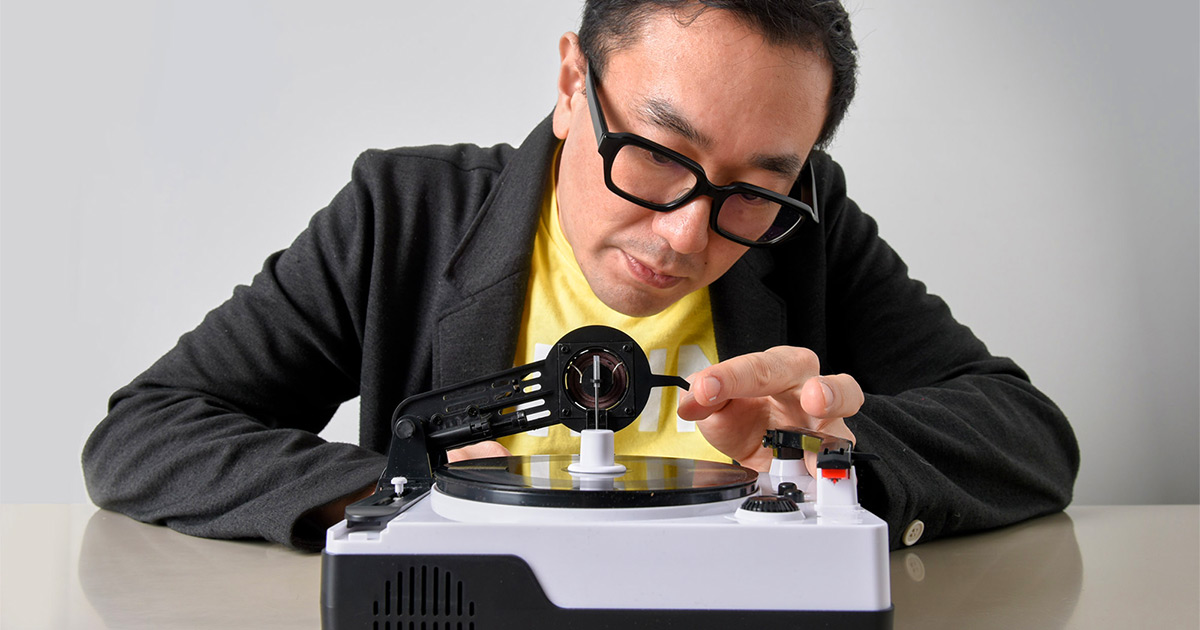 In an interview with It’s Nice That, Suzuki said that creating a DIY-record engraver has been one of his goals since his teenage days as part of a ska-punk band when he didn’t have the financial resources to use professional recording equipment.[…]

Source: Cut Your Own Vinyl with this DIY Record Engraver and Player Designed by Yuri Suzuki